Image via Youth for Nature UK
A huge sand drawing on Scarborough beach has been created to highlight young people’s alarm at the loss of wildlife in the UK.
UK Youth for  Nature joined forces with Sand In Your Eye, RSPB and others, to create a giant image in the sand depicting an oak leaf, a curlew, a salmon, and a beaver in the shape of the UK.
The drawing was created on 23 March ahead of Earth Hour on Saturday 26 March. It also coincides with United Nations nature negotiations taking place in Geneva, Switzerland. The drawing was washed away later that day by the tide, symbolising young people’s alarm about the disappearance of wildlife in the UK.
This comes at the same time as campaigning by the Global Youth Biodiversity Network in Geneva to voice the same message to governments meeting there to discuss the future of the natural world.
The young people involved say they are increasingly alarmed at the loss of wildlife in the UK, and internationally. According to the 2019 State of Nature report by environmental organisations, 41% of the UK’s species are declining and 13% of them are at risk of national extinction.
They also say that the four governments of the UK countries need to do far more at a local, regional and national level to halt the loss of wildlife and pollution of habitats, to restore lost animals and plants, and to ensure that farms and the countryside are a better home for wildlife as the climate changes.
The group is calling on these governments to set a target of 2025 to halt all nature loss in the UK, and to put it into recovery by 2030. They are calling for greater ambition in the UK’s commitment to put aside 30% of land for nature. The UK Government claims that land for nature already comprises 26% of land in England. The reality is that only 5% of this land is in a good enough condition. The Government must act urgently to make sure 30% is reality not rhetoric.
UK Youth for Nature will also be working with local wildlife and conservation organisations, to develop regional policy asks relevant to Yorkshire and North East England, with the drawing as a springboard. Talia Goldman, Co-Director of UK Youth for Nature, said “For years we’ve seen nature remain one of governments’ lowest priorities in the UK. When today’s young people are older, some of the most iconic species of the British countryside could already have been lost forever. Our drawing is a loud and clear message to our governments: this year the UN biodiversity conference is a once in a decade chance to set new global nature goals. Take that chance, then act to meet those goals.
“The 2020 goals our governments promised to meet were completely missed; young people and the natural world won’t stand another decade of broken promises.”
Each species featured in the drawing is a so-called ‘keystone species’; with particularly vital roles in maintaining the irrespective ecosystems, UKY4N isusing this opportunity to voice that directing conservation efforts at these species would therefore catalyse the restoration of UK ecosystems more broadly.
Beccy Speight, CEO of RSPB, said “Climate change is one of the greatest threats to our wildlife, but restoring nature is also one of the best ways to tackle the climate crisis. Young people have been some of the most vocal and persistent campaigners for action on both nature and climate and it’s vital that their voice is heard, understood and acted on.”
Swetha Bhashyam, Global South Focal Point for Global Youth Biodiversity Network, said “In Geneva young people from across the world have come together to tell government representatives that this year they must set new fair, just, and ambitious goals to set the natural world on path to transformative change. This meeting is the final stage before the new global biodiversity framework is created during a major UN nature meeting later this year. It’s now or never for governments to stop the same broken promises and to create a transformative new global deal for people and nature: and youth say ‘now’.”
Ed Fox, Whale and Dolphin Conservation, said “Biodiversity gives us the air we breathe, the water we drink, the food we eat, the medicines that heal our bodies and the experiences that heal our souls. From the largest whales to the tiniest fungi, biodiversity is literally our life support system. Protecting it is the greatest promise any of us can make to the future. Whale and Dolphin Conservation is proud to support this important initiative. It is a reminder that, even in a country as nature-depleted as theUK, there is still hope for nature recovery, if we act now.”
Fidra, a Scottish charity working to deliver solutions which support sustainable societies and healthy ecosystems, said “Biodiversity is decreasing at an alarming rate in the UK due to plastic and chemical pollution, agricultural intensification and climate change. Fidra believes we all have a part to play in ensuring sustainable societies and healthy ecosystems”.
Curlew Action said: “Britain has a long history of being a nation of naturalists, Charles Darwin, Alfred Russel- Wallace, David Attenborough, Jane Goodall, we’ve seen some of the best known naturalists in the world, and yet, we’ve become one of the most nature depleted countries in the world. Biodiversity is a fundamental cornerstone of living in a sustainable relationship with nature. We can turn this around if we act now, which is why Curlew Action is delighted to partner again with UK Youth for Nature on this campaign. We owe it to our predecessors, to ourselves and to our children. We cannot lose nature on our watch.”

This project builds on the narrative of UK Youth for Nature’s Natural Kingdom:Wild Walls campaign in the run-up to COP-26 last November, a series of wildlife murals across the UK, created in partnership with local artists, highlighting the impacts of climate change on iconic UK species. Wild Walls nowf eature in cities such as Glasgow, Belfast, Manchester and Cardiff, painting a concrete vision of a more biodiverse future. The organisations supporting this drawing include RSPB, WWF, Wildlife and Countryside Link, the Woodland Trust, Whale and Dolphin Conservation, Fidra, Soil Association, Froglife, The Conservation Volunteers, Wildfowl and Wetlands Trust, Froglife, Northern Ireland Environment Link,   Scottish Seabird Centre and Curlew Action 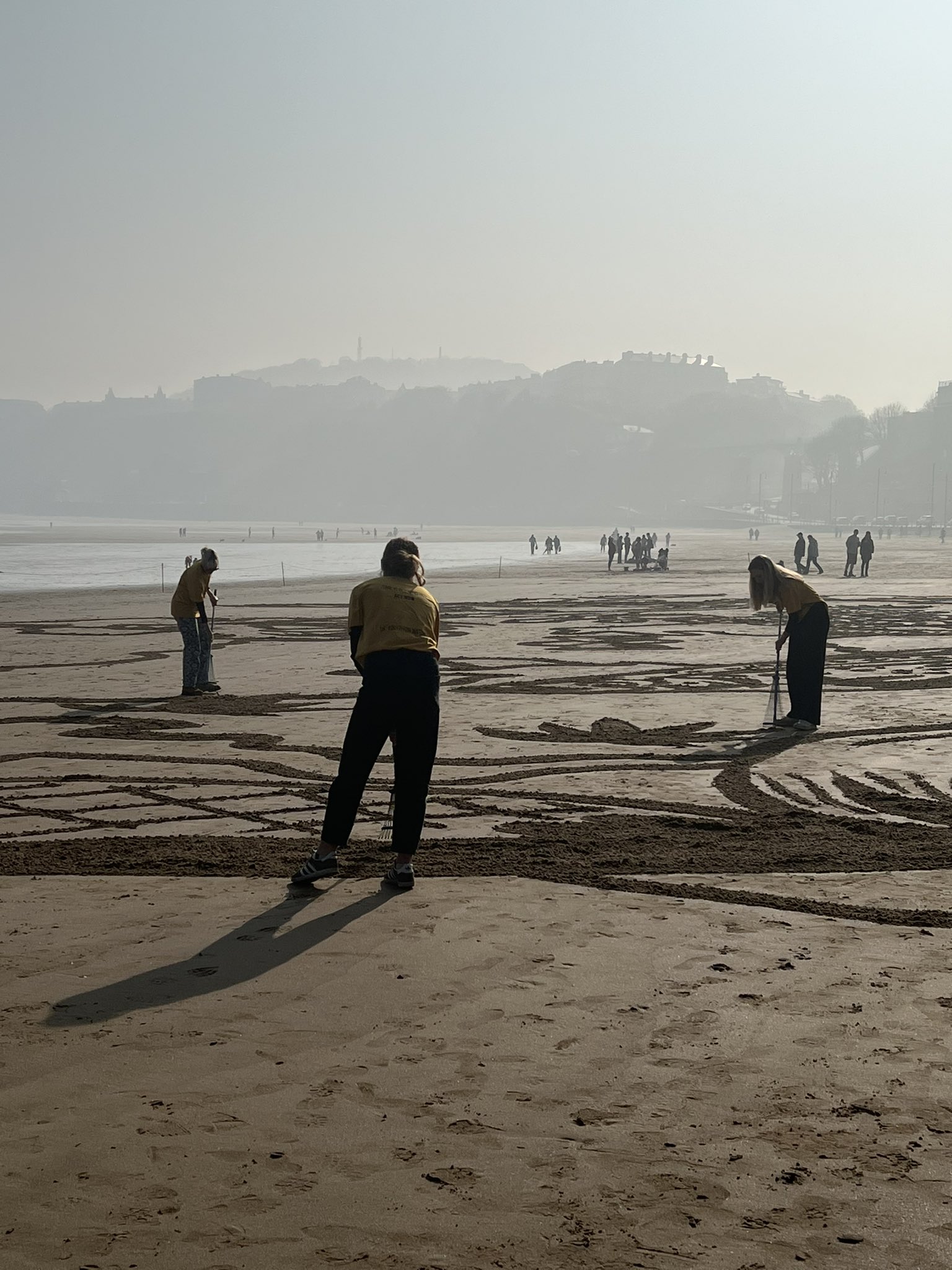